"Russian Submarines and Cloud of Planes over them…" — Why German Media Tell Scary Tales (PHOTOS, VIDEO) 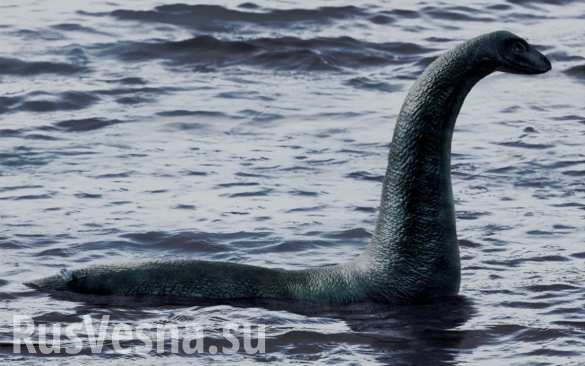 German journalists notorious for his russophobic articles persuades the Swedes they’ve been attacked by Russian submarine. Why?

Its author Daniel-Dylan Böhmer whose everyday task is spreading anti-Russian stance (which is extremely profitable for many Western journalists now) is trying to persuade his readers that Russia, in defiance of common sense, provokes the United States and their NATO allies trying to transfer cold relationships into overt armed confrontation.

Before we analyse the aforementoned article let’s have a closer look at his pevious articles.

What does German journalist know about Russian submarines?

Böhmer claims that «Moscowincreased its underwater activity by 50 percent», giving no further explanations what exactly does it mean: whether submarines number rose by 50 percent or total underwater time of the submarines personnel was increased by half. Or may be it’s just author’s personal estimation towards Russian navy: meaning that they were inobservable and passive before and now they’ve sjown themselves at work at last.

As an evidence of his claims the author published photo of Russian submarine “Stariy Oskol” which was allegedly intercepted by one of the British Royal Navy ships:

Well the best description of the whole story with “Stariy Oskol” is this commentary from Russian MoD spokesman:

The vessel is cruising up-top accompanied by dozer “Altay”.

Russian MoD is surprised that it has taken joint efforts of  British Royal Navy and NATO allies to detect a submarine at a slow speed and up-top accompanied by a dozer», — Russian MoD officiila message reads.

Then Böhmer refers to opinion of an “expert” in Eurasian security, Director of Conflict Research Centre at London «Chatham House» Institute Keir Jiles. Mr. Jiles said that «what we see today has laready happened before, in Cold War era — but the Russians adhered the international rules then more than today and their actions were less risky».

But Jiles’ opinion can hardly be called objective as he is one of the auhors of te famous “analytic report” with a screaming title “Russian challenge” published by the aforementioned institute June 4, 2015. This report according to Russian MP Vasiiy Likhachev was aimed at “desinformation of Western authorities and repell them from cooperation with Russia”.

Then report authors concluded that it was inefficient to build bilateral coperation with Russian side in political and diplomatic field and suggested a range of more constructive measures from their point of view. Among these measures were extensive support of Moscow’s opponents on post-Soviet field, search of new opportunities for influencing Russia’s population and preparation for “inevitable change of Russian political regime».

For example he tells how «June 9 (2016 года) Sweden’s military had to stop military training in the end of April due to underwater activity of unidentified state in the training area».

It is niteworthy that Sweden officials were careful in wording then: they did not claim that some submarine approached their territory (not to speak of its identity). Swedish MoD spokesman Jesper Tengort told that the aea was combed by divers but found no evidence of any submarine.

But even official announcements of the Swedes did not hinder German journalist to attach an enigaic submarine to the Russian navy.

Here he provides an example of “antisubmarine aircraft Tu-142М37 over Syria” on June 7th .

We should mention that antisubmarine aircraft Tu-142М3 really appeared in the sky of Syrian Idlib province but it happened two days ago on 5th June. Its flight over Syria should not really be associated with some provocations towards Western countries.

According to Russian army officer, I rank captain Konstantin Sivkov the Russian plane «was able to perform communications surveillance, use radio warfare and to detect enemy;s planes» so it just passed over Idlib towards Mediterranian».

As we all remeber Black Sea NATO countries including Turkey banned Russian war planes flights  through their territories that is why Tu-142М3 was flying over Kaspiy Sea via Iran, Iraq and Syria and then  – over eastern part of the Mediterranian.

But Böhmer gpes on painting scary pictures in his article. He refers to Jiles again and the latter is sure that Russian planes and submarines are coordinated as «the planes are required for detection of enemy’s submarines».

But Böhmer  gets into ligical trap when he quotes «Chatham House» expert: it looks like Russian military pilots track “enemies’ submarines” and not ”just provoking” which was the initial accusation towards Russia.

It turns out that Böhmer’s article purpose is to blame Russia for whatever, dosen’t really matter what. The author didn’t bother much to “comb” his aticle, to make it consistent and uncontroversial.

Jiles’ “expert opinion” quoted by Böhmer is also quite interesting: “The Russians probably do not want such neutral Scandinavian countries like Finland and Sweden to eneter NATO. But the effect is opposite: due to Russia’s aggressive behaviour Finlands and Sweden are considering possibilites o integrate into alliance”.

So Böhmer just like Jiles is trying to assure his audience that Russia’s military command keeps provoking neutral Nothern Europeans with maniac’s persistence.

It’s doubtful that German journalist really counts the Russians as bad strategists. It is more likely that he thinks not very high ща his audience’s mental capabilities id he hopes to sow and reinvigorate Russophobic attitude with tha help of such clumsy articles.